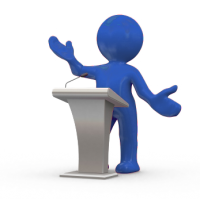 After the General Meeting there will be a coffee break with ample time for networking with your colleagues.

Abstract: Major industries like for example civil aircraft and energy production are currently investing in digitalization programs to enable their future designs and production to go all digital. It has turned out, that systems thinking and other elements hand-in-hand with the ISO/IEC 81346 standard series are being the preferred spine to create a common language among different engineering disciplines and among different IT system. Henrik Balslev will present some of this work that Systems Engineering A/S is involved in in both industries, and give a few samples of how and where these industries are moving towards digitalization.

Registration no later than March 29th

The event is open for all, free of charge but only members of INCOSE Denmark are able to vote on the General Meeting. Be sure to renew your membership if you are due to renew to ensure your vote will count.

The agenda for the Annual General Meeting is according to the bylaws as follows:

Election of Officers and Directors

According to the bylaws the members of the Board of Directors are elected for a two-year period with half of the members elected one year, the other half the next year. The positions currently held by the following members are open for election for a two-year term:

Election to the Board of Directors is open for all active (non lapsing) members of INCOSE Denmark. If you wish to be nominated for a position in the Board of Directors please inform this via email to no later than March 7th 2019. The nomination should also include your photo and a short biography (approx. 50-100 words) for inclusion in the candidate list which will be published two weeks prior to the meeting.

Any motions to be handled at the General Meeting must be sent via email to no later than March 7th 2019 in order to be considered for inclusion on the agenda. Motions received before the deadline will be published two weeks prior to the meeting.